A personalised tile for a treasured pony or horse 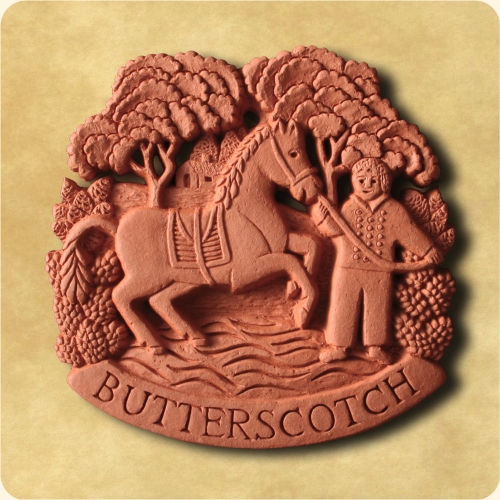 The design is taken from a child’s pottery plate made around 1820. It shows a boy looking after his noble pony. The plate was made in Staffordshire by a method known as Transferware (which is still used today). An engraved image is printed on tissue paper and transferred onto the ceramic surface. On firing, the paper burns away but the image remains. This process is much swifter and cheaper than painting by hand.

This personalised tile can comfortably accommodate up to 12 characters. If the name is slightly longer please contact us first before ordering

This tile supports up to 12 characters comprising of the following: 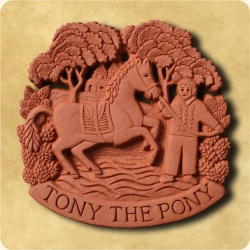 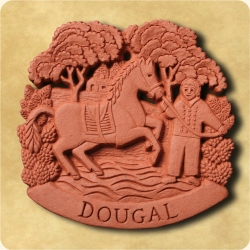 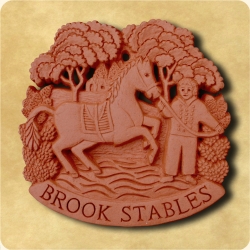