A personalised owl & pussycat for any occasion 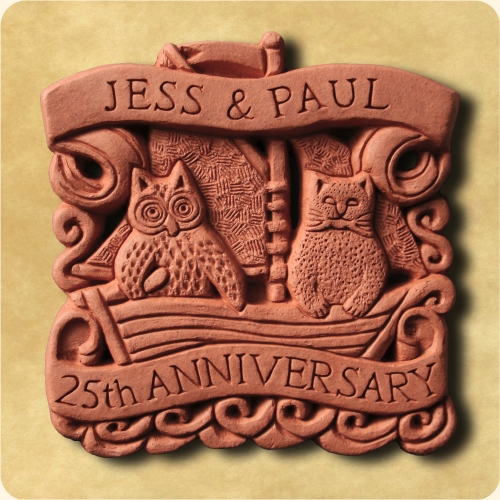 Edward Lear (1812 – 1888) was an artist, humorist and traveller. He wrote his famous poem ‘The Owl and the Pussy Cat’ for Jane Symond’s three-year old daughter, Janet. This, his second nonsense book, was published in 1871, titled, ‘Nonsense Songs, Stories, Botany and Alphabets’. His first ‘Book of Nonsense’ published in 1846 was written for the grandchildren of the 13th Earl of Derby. He illustrated his limericks and nonsense songs with his inimitable humorous drawings.

Both top and bottom banners comfortably accommodate 14 characters each. If you want to fit something on that might have an extra character or two please contact us before ordering to make sure it all fits on the tile.

Fixing Points: the holes in the curly ends of the top banner
Dimensions: 10.2cm x 10.5cm

This tile supports up to 28 characters comprising of the following: 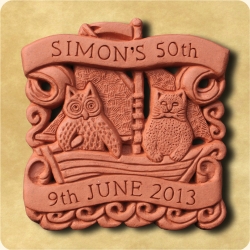 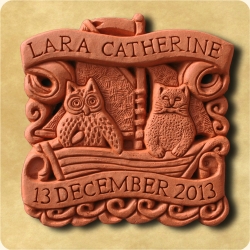 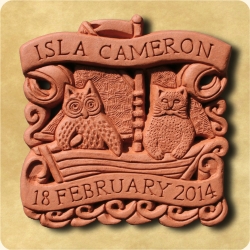 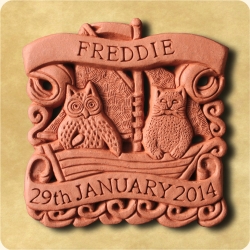 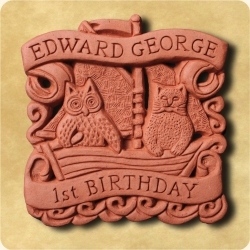 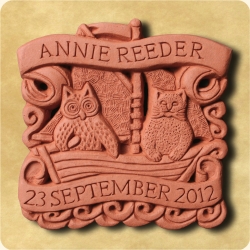