A personalised gift for a new Baby 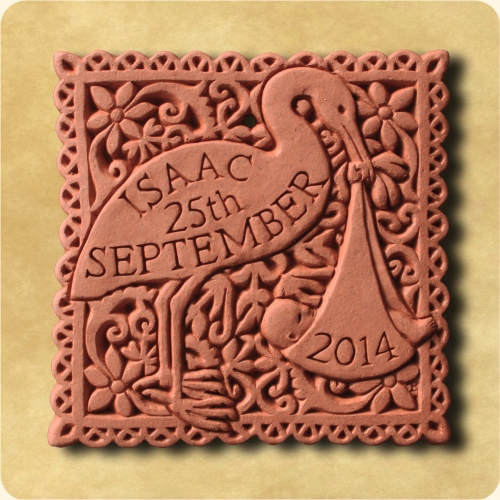 In past centuries, children were often told that storks delivered babies. One legend tells us that the souls of unborn children live in watery areas such as marshes, wells, springs and ponds. Since storks often visit these places, they were believed to fetch babies’ souls and deliver them to their parents. The background is based on early nineteenth century handmade lace. This decorative tile will last long after other welcoming gifts are forgotten.

The body of the stork can take a first name, the date and month. The sack can contain the year. Please be aware that this tile has limited space and so a long name such as Elizabeth and a long month name such as September will not fit on the tile together.

Up to 19 characters should fit on the stork's body without any problems. If you have 20 or more characters then please contact us to check that your name and dates fit before ordering.

Fixing Points: one hole at the top of the tile
Dimensions: 9.8cm x 9.8cm

This tile supports up to 19 characters comprising of the following: 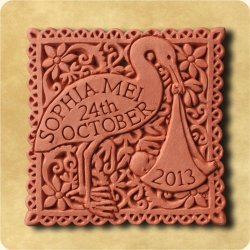 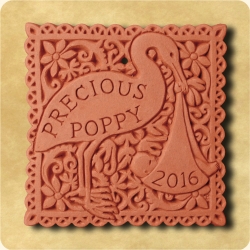 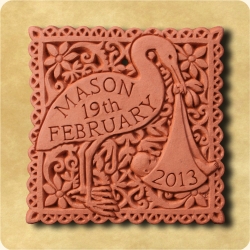 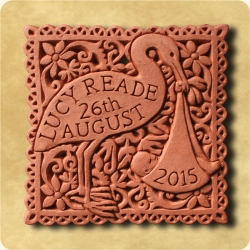 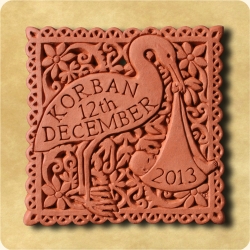 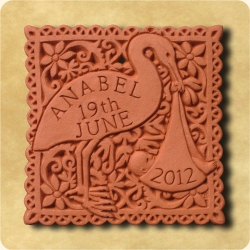