A personalised ark for some profound words 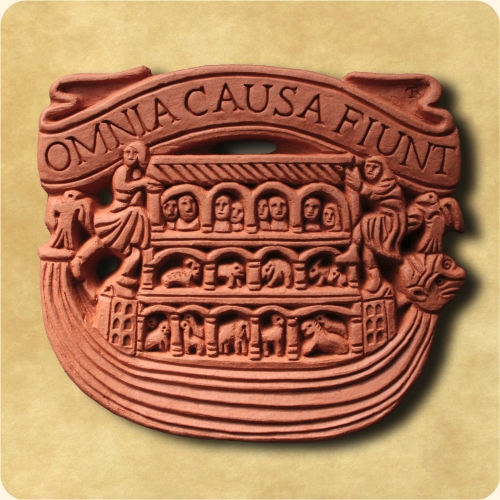 This tile design is based on a wonderful Romanesque wall painting in the abbey church of St Savin sur Gartempe, Poitou, France (a UNESCO World Heritage Site). We see the three-storied ark filled with Noah and his family on the top floor, with various recognisable animals modelled beneath. The raven and dove from the story appear at the stern and prow of the ark.

We have created a version of the Noah's Ark tile that allows for a name to be added or possibly a very short message which can accommodate up to 15 characters including spaces.

Fixing Points: one hole between the roof of the ark and the banner
Dimensions: 10.6cm x 9cm

This tile supports up to 15 characters comprising of the following: 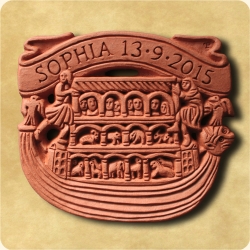