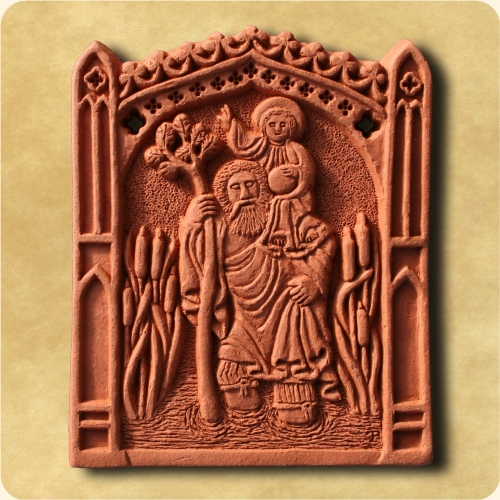 This design of St Christopher carrying Christ on his shoulder is based on a rare 14th century statue found at Norton Priory Museum. At 12 feet high it is the largest surviving medieval statue of the saint in Britain. The name Christopher means 'Christ-bearer'. The saint's popularity derived from a story in which a giant named Christopher helped travellers across a dangerous river. He is known as the patron saint of travellers.

Fixing Points: the two holes towards the top corners of the tile
Dimensions: 8.7cm x 10.5cm