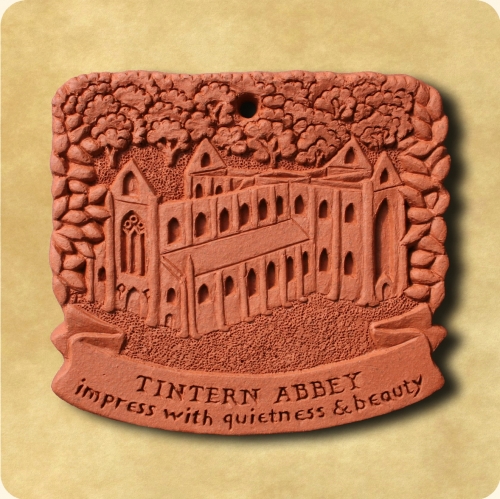 Tintern Abbey was founded in 1131 by Cistercian monks who were happy to make do with a timber building. A simple stone church came later but from 1269 a new church was built which became one of the masterpieces of British Gothic architecture. The dissolution of the monasteries in 1536 saw it decline into the majestic ruin we see today. The phrase impress with quietness and beauty is from
the poem Lines Written a Few Miles above Tintern Abbey by William Wordsworth.