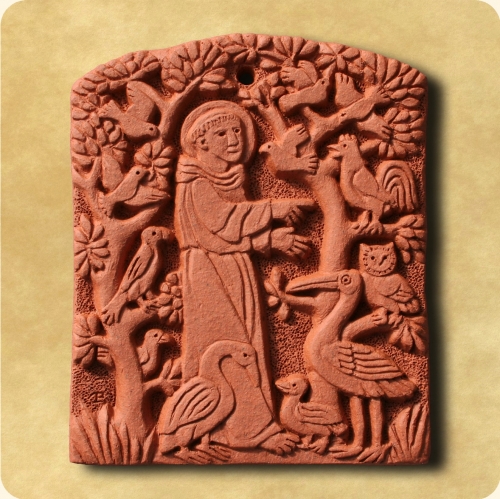 Also known as St. Francis of Assisi, he is one of the most revered figures in Christianity. In his early life he joined in a military campaign against Perugia where he was captured and imprisoned. Spiritual enlightenment came to him after prison and he became a devotee to the Christian Church. During his life he developed a love of nature and animals. On one journey he is known to have told his companions to wait, while he preached to the birds in the surrounding trees. This design is based upon a stained glass window in the Konigsfelden Monestary, Switzerland.