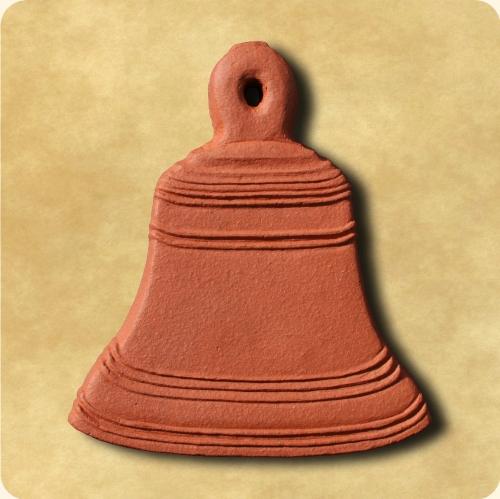 The earliest known bells were made of pottery and have been found in China dating to nearly 3000 BC. About a thousand years later the Chinese developed metal bells. The Romans had many uses for bells, such as around the necks of livestock to avoid losing strayed animals and rung to announce the formal opening hour of the baths.
There are many famous examples of bells notably Big Ben in London, the St. Petersglocke in Cologne Cathedral and the Liberty Bell in Philadelphia.

Fixing Points: The hole at the top of the tile
Dimensions: 9cm x 10cm